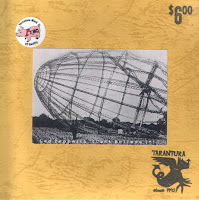 3/6/1971 Dublin, Ireland  I Can't Believe It!
Immigrant Song, Heartbreaker, Since I've Been Loving You, Black Dog, Stairway to Heaven, Dazed and Confused, Going to California, What is and What Should Never Be, Moby Dick, Whole Lotta Love, Communication Breakdown, C'mon Everybody, Rock and Roll
The tape begins with Plant requesting the house lights be turned off before the band launches into Immigrant Song. Some equipment trouble causes the PA to emit a loud hum at the beginning of Heartbreaker. Bonzo attacks his drums with incredible force. Someone near the taper loudly mimics Page's guitar during the into to Since I've Been Loving You. Plant's voice is powerful. There is a slight cut near the end of the song.
There is quite a bit of shouting near the taper before Black Dog. Plant tries to get the crowd to quiet down before Stairway to Heaven. Plant's Valhalla cries after the guitar solo echo over the crowd with incredible raw energy. It's only the second performance of the piece and it's already driving the crowd mad. Someone near the taper shouts "take it away Jimmy!" as Page begins the bow solo during an epic Dazed and Confused. His bow slaps are echoed by whistles from the crowd. Page's wild soloing is accompanied by Plant's shouts of "I want you to sweat!"
The taper fiddles with the microphone during Going to California before a cut in the tape about a minute and a half in, leaving us at the very end of What is and What Should Never Be. The medley during Whole Lotta Love features Suzie Q, Some Other Guy, Muddy Waters's Honey Bee after and awkward funky interlude, and Walter Davis's I Think You Need a Shot. The band gets a bit disjointed during Plant's lemon squeezing. After a breathy interlude, Plant get the band into a lightning-fast rendition of That's All Right. Communication Breakdown includes a fast-paced jam during the breakdown. Road manager Phil Carson joins the band onstage for C'mon Everybody. Unfortunately, only the first few moments are present before the tape cuts to the last couple minutes of Rock and Roll.
The tape is a bit muffled and distant with a fair amount of crowd noise ear the taper.

On which instrument does Phil Carson join in the band?

Is this the show where they invite Phil Carson on stage then leave him playing alone?