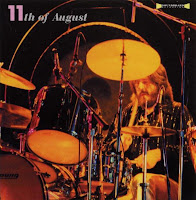 8/11/1979 Knebworth, England
Welcome to the 1979 Knebworth Festival
The Song Remains the Same, Celebration Day, Black Dog, Nobody's Fault But Mine, Over the Hills and Far Away, Misty Mountain Hop, Since I've Been Loving You, No Quarter, Hot Dog, The Rain Song, White Summer/Black Mountain Side, Kashmir, Trampled Underfoot, Sick Again, Achilles Last Stand, In the Evening, Stairway to Heaven, Rock and Roll, Whole Lotta Love, Communication Breakdown
A week after night one of the 1979 Knebworth Festival, the band returns for what will prove to be their final performance in England. The nerves of the first show have subsided and the band launches into The Song Remains the Same with power and gusto. Plant pushes his voice to the limit during a frantic Celebration Day. The massive crowd sings along with every word during a bone-crushing Black Dog. Plant has some trouble with his microphone during the initial verses of Over the Hills and Far Away, which causes a series of loud popping noises. Page's fingers get caught in the strings of his guitar during the song's outro.
Since I've Been Loving You is simply outstanding. Page blazes through a fantastic guitar solo with incredible fluency and precision. An unbelievably powerful performance, one of the best in recent memory. Jones briefly hints at Your Time is Gonna Come near the end of an excellent piano solo during the band's final performance of No Quarter. Page tears through an amazing guitar solo, shredding wildly during the song's explosive outro. In mentioning the new album, Plant tells the crowd "it's called In Through the Out Door, which is... one of those methods of entry that proves to be harder than one would originally expect." Hot Dog is dedicated to "the texas road crew and all the people to be found in the sleazy hangouts around there." Someone in the crowd can be heard shouting "New York City!" as Page begins The Rain Song. Bonzo pummels the crowd with his thunderous fills near the end of Kashmir. Page stumbles through a sticky-fingered guitar solo during Trampled Underfoot.
Achilles Last Stand is a bit dull and uninspired, despite Bonzo's efforts to inject some energy into the performance. Page gets lost near the end of the song. Plant delivers an incredibly powerful performance during In the Evening. As the song ends, someone in the crowd can be heard shouting "happy birthday Robert Plant!", to which Plant responds "not yet, one week." The crowd erupts as Rock and Roll crashes into motion. Page flubs the guitar solo during Whole Lotta Love. The biggest surprise of the night is the inclusion of the Boogie Chillen' section for the first time since 7/29/1973. Page blazes through an outstanding guitar solo. Plant shreds his voice as the band hammers through a blistering Communication Breakdown. An explosive finale to a somewhat uneven performance. As the band leaves the stage for the last time, Plant announces "thank you very much indeed... we'll see ya soon, very soon."
The tape is another excellent soundboard recording, with Page a bit buried in the mix at times. Unfortunately, there is a somewhat distracting high pitch buzz throughout the second half of the show.

On the video, at the end of "Over The Hills..." Jimmy actually breaks a string and the broken string gets caught up in the other strings, making it sound like Page flubbed the ending.

I love this show. The whole band sounds great and Plant sounds fantastic, perhaps the best he's sounded since 7/21/73. SIBLY is simply amazing, one of the best ever! No Quarter is also excellent. Start to finish, great show