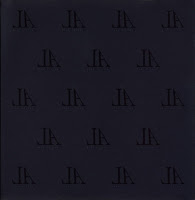 8/21/1971 Los Angeles, CA  Firecrackers Explosions
Immigrant Song, Heartbreaker, Since I've Been Loving You, Black Dog, Dazed and Confused, Stairway to Heaven, Celebration Day, That's the Way, Going to California, What is and What Should Never Be, Whole Lotta Love, Weekend, Rock and Roll, Communication Breakdown, Thank You
Bonzo dominates the soundscape as screeching feedback punctuates Page's guitar solo in Immigrant Song. Since I've Been Loving You is dramatic and powerful, Plant's howls are spine-chilling. He freely improvises new lyrics during Black Dog. Dazed and Confused is introduced as "one from about thirty-six months ago." Bonzo and Jones are like an out of control locomotive during the guitar solo. Bonzo plays the drum pattern from The Crunge during the guitar workout. Page solos wildly throughout. An excellent performance. Plant flubs the lyrics a bit during the initial verses of Stairway to Heaven.
After a source change, Plant dedicates Celebration Day to "the bootleggers from last night, they didn't do a very good job of it." He pushes his voice to the limit, screeching and howling the lyrics. A firecracker blast is followed by shouts of "you sit your ass down!" and "get it on!" from near the taper before That's the Way. The initial verses of Whole Lotta Love are punctuated by firecracker blasts. The riotous marathon medley begins with a funky rhythm exercise before Plant starts his boogie, which he's done "many, many, many times before." Another rhythm battle between Page and Bonzo is followed by I'm Movin' On, Elvis Presley favorites That's All Right, A Mess of Blues, and I Got a Lot O' Living to Do, as well as Muddy Waters's Honey Bee.
The band returns to the stage for another rousing rendition of Eddie Cochran's Weekend. Bonzo's bass drum is like a cannon during Rock and Roll, which is still without a title. Plant puts everything he has into his repeated screams of "time!" during the finale. Communication Breakdown features more blood-curdling screams from Plant during the breakdown. Jones plays a brief organ solo before the band closes the show with the best rendition of Thank You thus far. A fitting finale to an amazing performance. Must Hear.
The tape is fairly clear with the drums front and center. An excellent recording for Bonzo lovers, every nuance of his power and finesse is captured.
Click here for an audio sample courtesy of Black Beauty.

I was hoping you'd single out Thank You for praise. What a powerful performance. The crowd roaring and Page ripping out an epic solo. Gives me goosebumps. One of the best WLL's as well.

Great choice for a "must here". I would kill for a soundboard of this one.

Why did Plant say "the bootleggers from last night, they didn't do a very good job of it." - this was the first night of the tour.

They played the two nights prior in Vancouver and Seattle, respectively.

Is there any proof of this Seattle gig? It seems like a very hectic start to the schedule Vancouver Seattle and two LA shows with no break at all in the years before the Starship? I spoke to someone in Vancouver who was adamant the Seattle gig did not happen. LZ.com doesn't mention it and Robert's Plants seem to confirm it. His comments about the bootleggers have to be a reference to the beat down that guy testing for noise pollution in Vancouver took. While Plant is incorrect that it happened yesterday, it did happen at the gig before this one, which was Vancouver. Pretty certain Seattle was skipped on this tour.