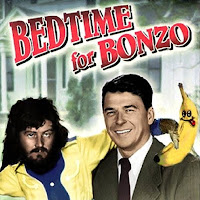 6/26/1980 Vienna, Austria Bedtime for Bonzo
Train Kept a Rollin', Nobody's Fault But Mine, Black Dog, In the Evening, The Rain Song, Hot Dog, All My Love, Trampled Underfoot, Since I've Been Loving You, White Summer/Black Mountain Side, Kashmir, Stairway to Heaven, Rock and Roll, Whole Lotta Love
The crowd's anticipation builds to a frenzied peak as the band takes the stage before launching into a raucous Train Kept a Rollin'. Someone near the taper can be heard shouting "ooh la la la!" just before Nobody's Fault But Mine crashes into motion. Black Dog is once again introduced by Page as "schwarzhund." As the song ends, Plant tells the crowd "as it's been such a long time since we were here in Vienna, we forgot exactly how beautiful it was... so let's hope that the concert can match the beauty of the city maybe." Page tears through an abrasive guitar solo during In the Evening. As the song comes to a close, Plant announces "please do not push too much, cause there are people at the front who are a little less fortunate than you, so keep it nice and cool, yeah?" Page shreds frantically through a series of blistering guitar solos during an aggressive Trampled Underfoot.
Achilles Last Stand seems to have been dropped from the setlist tonight, instead heading straight into White Summer/Black Mountain Side. Unfortunately, Page is struck by a firecracker just over two and a half minutes into the song, causing him to stop playing and leave the stage. Following a long pause, Claude Nobs makes a long announcement in german before telling the crowd that the perpetrator "must show up here before the show goes on!... I cannot leave him in the audience, we want to talk to him!" Eventually, the band returns to the stage amidst chants of "sorry!" and launches directly into Kashmir. Page hints at Das Deutschlandlied before a riotous Rock and Roll crashes into motion. The crowd erupts as Page plays the opening chords of Whole Lotta Love. Bonzo seems bored as he plods through the theremin freakout. Page's fingers are like razor blades as he slashes and shreds through an erratic guitar solo during the Boogie Chillen' section. As the band leaves the stage, Plant announces "don't forget, preserve the dinosaur, goodnight."
The tape is fairly clear, is a bit distant and hissy.

This is one of the inferior 1980 shows. Some nice moments are interspersed with performances that are almost painful to listen to. Also, I completely disagree with the above commenter on the STH solo. It's bad.

Definitely disagree with your comment dragonspirit on the STH being bad I think it's an excellent solo with lots of fluidity and coherent playing definitely one of my favorites from the tour.