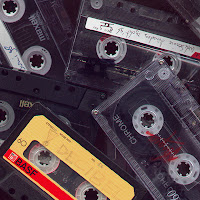 The Song Remains the Same, Sick Again, Nobody's Fault But Mine, In My Time of Dying, Since I've Been Loving You, No Quarter, Ten Years Gone, The Battle of Evermore, Going to California, Black Country Woman, Bron-Y-Aur Stomp, White Summer/Black Mountain Side, Kashmir, Over the Top, Achilles Last Stand, Stairway to Heaven, Rock and Roll, Trampled Underfoot

Page's fingers race across the fretboard during a frantic The Song Remains the Same. Plant barks aggressively through Sick Again. Page blazes through the second guitar solo. As the song ends, Plant tells the crowd "it's very hard to play with everybody swishin' around, so I need you to stand still and dig it, and we will play and play... is that a deal?" Page shreds through the guitar solo during Nobody's Fault But Mine. As the song ends, Plant once again commands the rowdy crowd to "stand still!" In My Time of Dying features the usual You Shook Me tease near the end of the song. Page is on fire during a mournful Since I've Been Loving You, introduced as "an English blues."

Jones's piano solo during No Quarter develops into an upbeat blues-rock jam as Page and Bonzo join in. The band stumbles a few times during Page's outstanding guitar solo. Ten Years Gone is introduced as "a song about the first love you ever had, the one you never forget." Going to California features some beautiful mandolin work from Jones. Unfortunately, the delicate atmosphere is ruined by a series of firecracker blasts. Plant delivers a powerful performance during Kashmir. His banshee howls echo over the crowd as the band hammers through the thunderous march. Bonzo is introduced as "the greatest rock and roll drummer in the world" before Over the Top. Unfortunately, the drum solo is incomplete. The beginning of Stairway to Heaven is met with a loud cheer from the crowd, followed by a barrage of firecracker blasts. Page delivers an excellent guitar solo. Plant announces "it's been an outright gas!" as the band returns to the stage to close the show with a wildly cacophonous Trampled Underfoot.

The tape is distant and noisy.